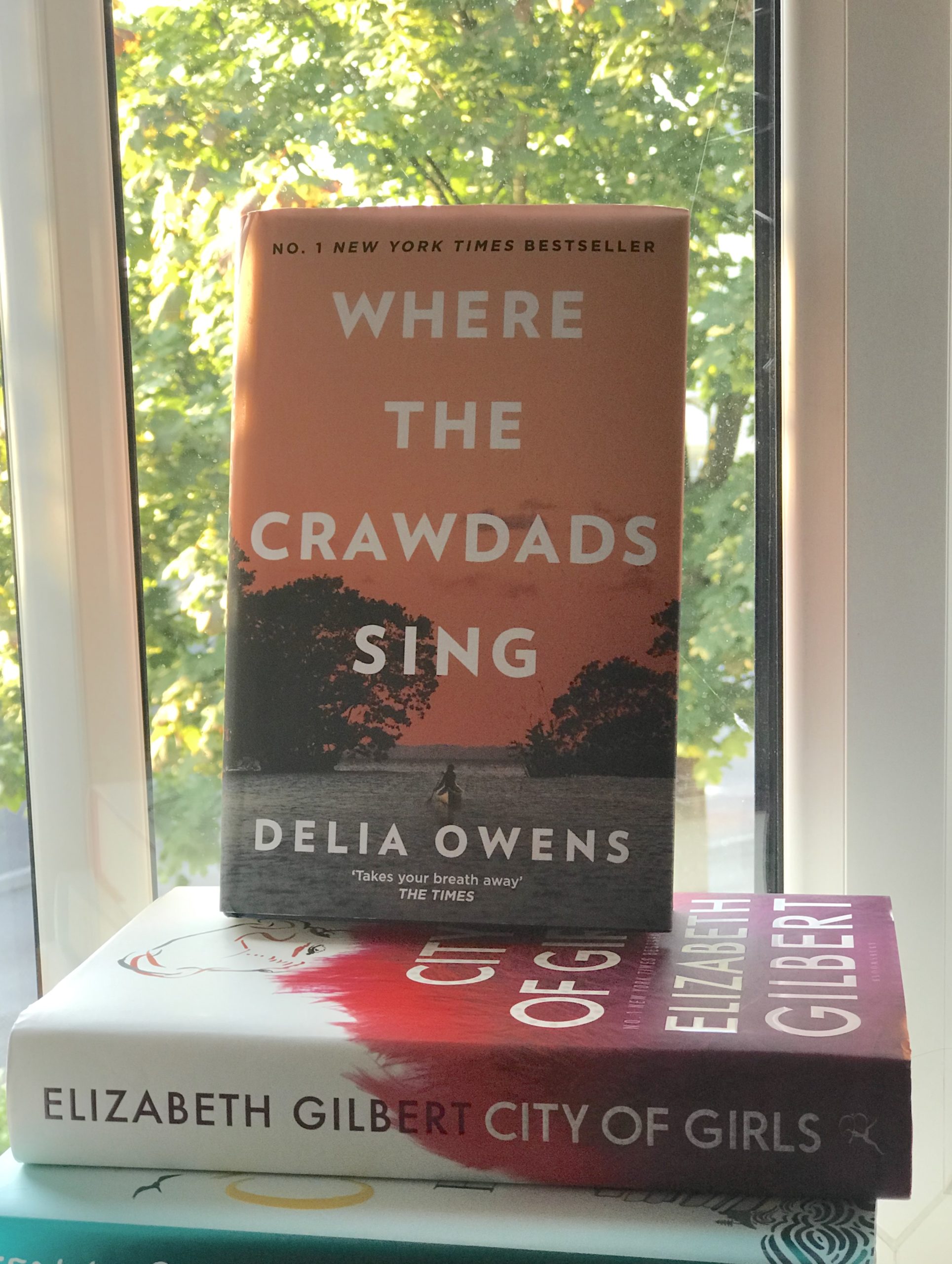 Where the Crawdads Sing – Delia Owens

This book is a combination of history, nature and humanity. When those three things combine in a novel, it’s nearly always beautiful – and this book is no exception.

Like quite a few people, I wasn’t sure about how I was going to feel about this book. I was actually given it in April this year for my 30th Birthday and until July I didn’t feel ready to read it. But after I had a few more University essays behind me – and a lovely visit from friends in North Carolina to prompt me to read a bit more about its history – I got stuck in.

“She knew the years of isolation had altered her behavior until she was different from others, but it wasn’t her fault she’d been alone. Most of what she knew, she’d learned from the wild. Nature had nurtured, tutored, and protected her when no one else would.”

I couldn’t stop reading it. Granted, the first few chapters were tricky and I wasn’t sure which direction the book was going in. But that’s the best part about books – the ones that surprise you are often the best. The ones that hook you in halfway through and completely turn around your opinion…they’re even better.

It’s the 1950s when we first meet Kya and learn about the bulk of her upbringing. She’s young, her mother has just walked away from the family home, and with her Kya’s siblings slowly disappear into the marsh as well. Kya brushes along with her alcoholic Father for a few years – dodging the school system, sheltering from the shrewd opinions of the locals – until she’s alone in the marsh, fending for herself. The book is written in two parts – and I feel that part one definitely focuses on the beauty of the marsh (as well as the challenges) and part two pinpoints the darkness of the swamp.

Delia Owens is already the co-author of three non-fiction books about her life as a wildlife scientist in Africa. This is her debut novel – and it has taken the world by storm. Perhaps most fascinating for me was when I started to dig into Owens history – I always do that when a debut novel strikes a chord. I almost can’t quite believe it’s the authors first foray into fiction world! So it probably isn’t surprising to learn that Delia herself and her ex-husband were at the centre of an investigation into the killing of a poacher many years ago. Delia’s true life and the life of Kya in the book run parallel on more than one occasion. Delia spent much of her adult life (over twenty three years) in partial or extreme isolation due to her work.

“I wasn’t aware that words could hold so much. I didn’t know a sentence could be so full.”

Now that University is coming to an end I’ve allowed myself the luxury of joining a few more reading groups on Facebook. I’ve noticed that quite often people post a photograph of a book and say something like, ‘What do people think of this…so and so said it’s awful so I’m not sure whether to give it a go…’ Sometimes, they’re books that are at the top of the top of the charts. I’ve seen it written a few times about this book – and I can assure you, it’s worth giving it a go and more… It was liked enough that Reese Witherspoon is looking into producing it for the big screen…Amazon have recently announced that it’s held their number one spot for longer than any other book.

“Owens reminds us that we are forever shaped by the children we once were, and that we are all subject to the beautiful and violent secrets that nature keeps.”

This book delivers a massive punch – right at the end. I saw it coming but from the reviews I’ve read there have been mixed surprise. Secrets are unearthed as the book progresses and despite the culmination in the story at the end – Delia Owens reaches this conclusion with a gentle hand and easy writing. One of the biggest questions at the end of this book was… Do Crawdad’s really sing? Well Delia Owens has an answer for that…

“Technically, scientifically, crawdads do not sing. But I’ve made a bit of a study of it myself. And I’ve found that first you must go— all by yourself—and set up a small camp in real wilderness. I’m speaking of a place far from any road or village. Not a park, but a remote and wild land filled with Earth’s creatures. Just before dusk, you must walk deep into the woods and stand there exposed and totally alone as darkness descends around you. When you can feel the planet beneath your toes and the trees moving about, you must listen with all your ears, and—I promise—you will hear the crawdads sing. In fact, it will be a chorus. ” – Book Browse