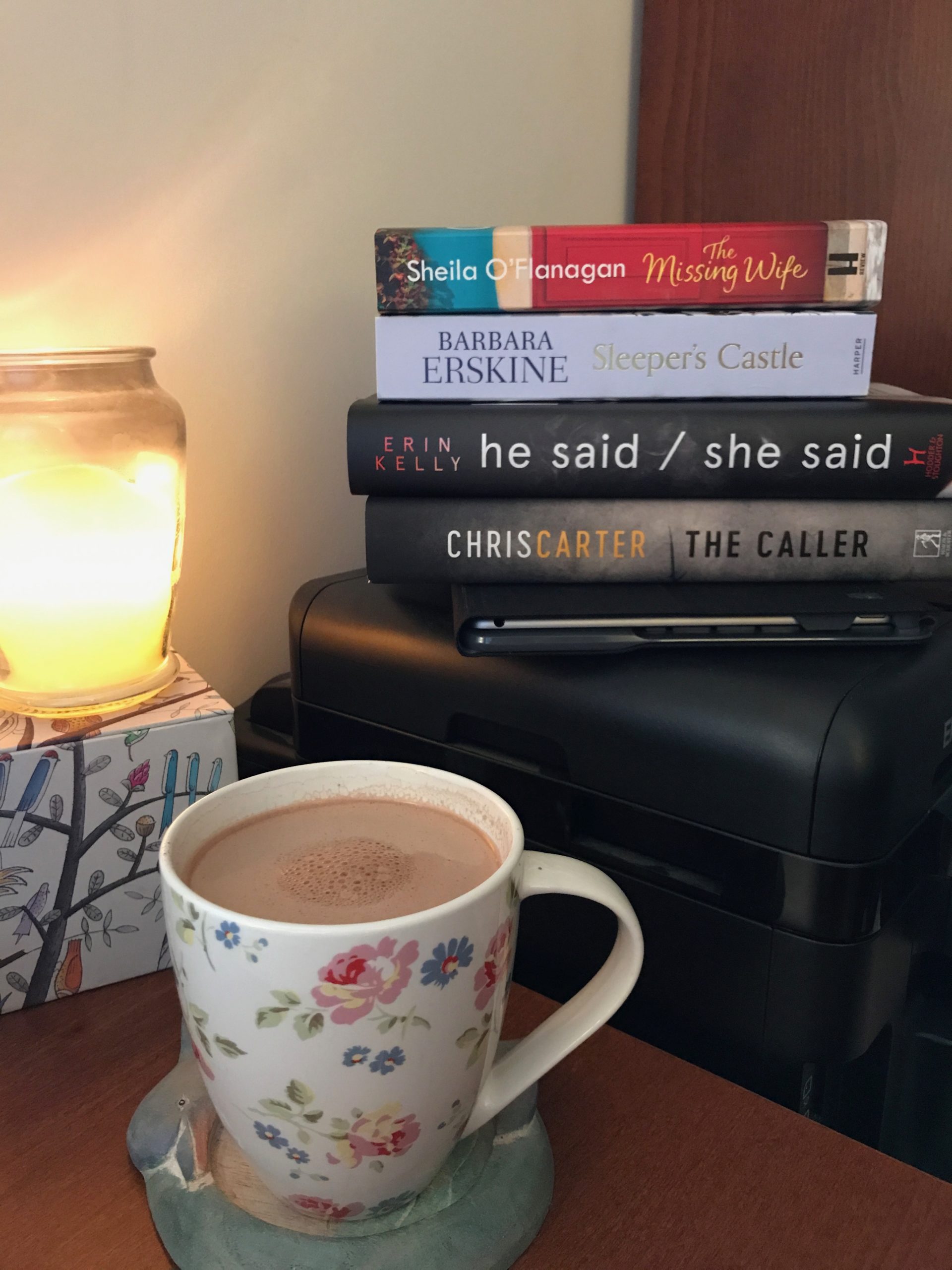 In honour of a weeks holiday coming up, I was able to get a few new books. Much reading will be done! However this evening I did abandon the tea leaves in favour of Nesquik hot chocolate…it had to be done, tastes amazing!

I’ve been approved as a reviewer on Net Galley which is really exciting as a few books have already come my way pre-publishing. I’ll be reviewing those in amongst my more traditional random reads as well.

So here they are – in no particular order! ‘The missing wife’ by Sheila O’Flanagan, ‘Sleeper’s Castle’ by Barbara Erskine, ‘he said/ she said’ by Erin Kelly and ‘The Caller’ by Chris Carter. There’s a good mix there, usually I read the detective/murder type books in one longggg splurge but I’ve decided that isn’t always good for my mental wellbeing! The only time it was any good was when I read all of Peter James existing Roy Grace series in quick succession….we’ll review those another time!