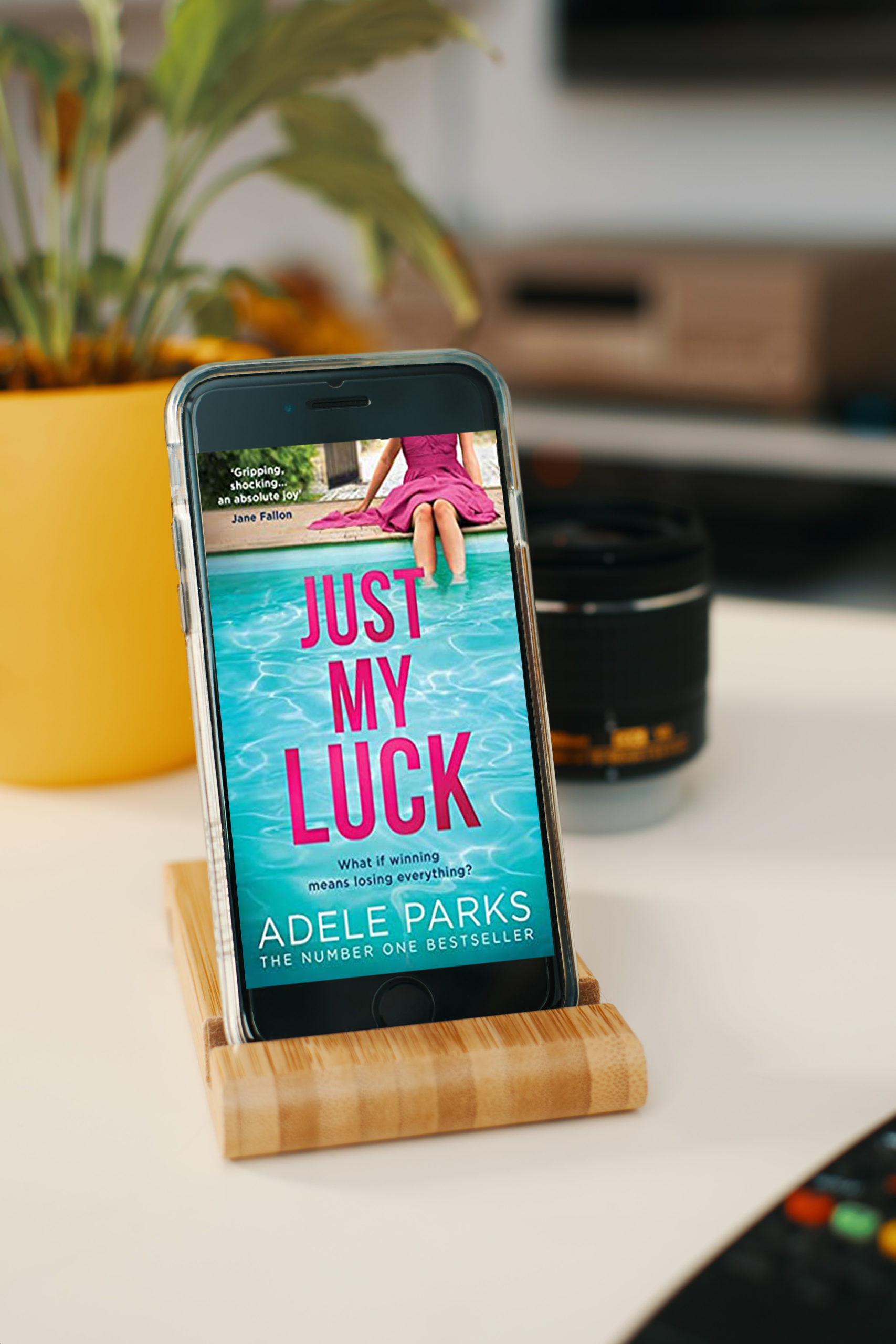 Just My Luck by Adele Parks

This was such a good book – so good that I read it in just a few days. It had a storyline that could be overdone in the literary world but was handled with such character and talent that it felt extremely unique. It really made me think – what would I do? The unravelling of lies and secrets throughout the book was also brilliant.

Adele Parks is an amazing writer and I truly look forward to each publication that she releases. This was no exception!

It’s the stuff dreams are made of – a lottery win so big, it changes everything.
For fifteen years, Lexi and Jake have played the same six numbers with their friends, the Pearsons and the Heathcotes.

Over dinner parties, fish & chip suppers and summer barbecues, they’ve discussed the important stuff – the kids, marriages, jobs and houses – and they’ve laughed off their disappointment when they failed to win anything more than a tenner.

But then, one Saturday night, the unthinkable happens. There’s a rift in the group. Someone doesn’t tell the truth. And soon after, six numbers come up which change everything forever.

Lexi and Jake have a ticket worth £18 million. And their friends are determined to claim a share of it.

Adele Parks was born in Teesside, NE England. She studied English Language and Literature, at Leicester University. She published her first novel, Playing Away, in 2000; that year the Evening Standard identified Adele as one of London’s ‘Twenty Faces to Watch.’ Indeed Playing Away was the debut bestseller of 2000.

Prolific, Adele has published nine novels in nine years, including Game Over, Tell Me Something and Love Lies, all nine of her novels have been bestsellers. She’s sold over a million copies of her work in the UK but also sells throughout the world. Two of her novels (Husbands and Still Thinking of You) are currently being developed as movie scripts. Young Wives’ Tales was short listed for the Romantic Novelist Association Award 2008. She has written numerous articles and short stories for many magazines and newspapers and often appears on radio and TV talking about her work.

Since 2006 Adele has been an official spokeswoman for World Book Day and wrote a Quick Read, Happy Families as part of the celebrations of World Book Day, 2008.
Adele has spent her adult life in Italy, Botswana and London, up until two years ago when she moved to Guildford, where she now lives with her husband and son.