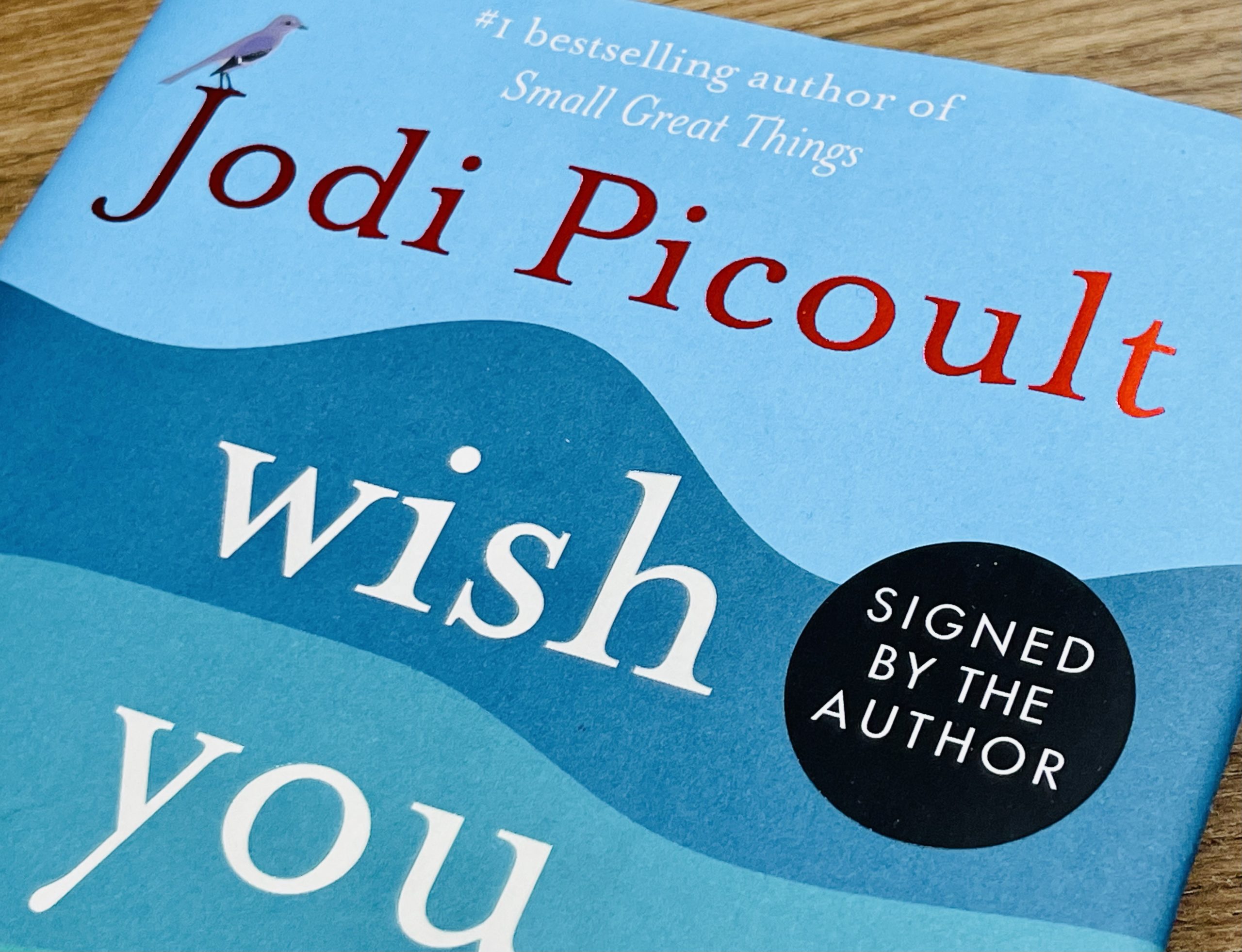 Wish You Were Here by Jodi Picoult 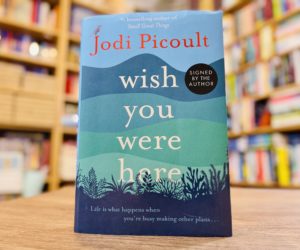 For me, Jodi Picoult’s books need a clear weekend, lots of reading time and space for a bit of emotion. I was dubious to read about the pandemic for obvious reasons – it’s still happening. But I knew that if someone was going to do it justice, write it properly, it would be Picoult. I wasn’t wrong. If I’m going to read about the reality of March 2020, I want it to be written in a way that sums up the mixed emotions, the sheer disbelief and the panic that set in across the world. I want it to be done with justice. Well, here’s the book that does exactly that.

Jodi once wrote, ‘Maybe who we are isn’t so much about what we do, but rather what we’re capable of when we least expect it.’

This book taught me so much. Firstly, not everything, but much of what we’ve lost these last few years but also what we’ve gained. Secondly, that whilst it was all happening, there were still beautiful things occurring. In nature, in hospital wards, in care homes and beyond. Third, it reminded me of everything we sacrificed as a human race and all the promises we made to ourselves. The pandemic changed us all – some of us have yet to admit it to ourselves. This book explores exactly that. Finally, it reminded me that this pandemic has shown and is still showing all of us what we’re capable of when we least expect it. The good and the bad.

‘Life IS what happens when you least expect it, but that doesn’t mean you can’t have a blueprint in your back pocket.’

This book reminded me that we all made our blueprints in March 2020, whether we thought about it at the time or not. We found our ways of coping, even when we thought we weren’t. This book reminded me that the blueprint is still there, being ironed out and re-mapped as the goalposts change and the world staggers back to its’ feet. Perhaps now is the time we need to be reminded of that, more than ever.

This is by far Jodi Picoult’s best book to date. Maybe that’s because it is something that collectively, we’ve all experienced. Regardless of what it is, as a huge fan of her writing, I didn’t believe she could get better because her books were already so good. But she did.

A few quick points and questions to sum the book up;

From the #1 New York Times bestselling author comes a deeply moving novel about the resilience of the human spirit in a moment of crisis.

Diana O’Toole is perfectly on track. She will be married by thirty, done having kids by thirty-five, and move out to the New York City suburbs, all while climbing the professional ladder in the cutthroat art auction world. She’s not engaged just yet, but she knows her boyfriend, Finn, a surgical resident, is about to propose on their romantic getaway to the Galápagos—days before her thirtieth birthday. Right on time.

But then a virus that felt worlds away has appeared in the city, and on the eve of their departure, Finn breaks the news: It’s all hands on deck at the hospital. He has to stay behind. You should still go, he assures her, since it would be a shame for all of their nonrefundable trip to go to waste. And so, reluctantly, she goes.

Almost immediately, Diana’s dream vacation goes awry. The whole island is now under quarantine, and she is stranded until the borders reopen. Completely isolated, she must venture beyond her comfort zone. Slowly, she carves out a connection with a local family when a teenager with a secret opens up to Diana, despite her father’s suspicion of outsiders.

Diana finds herself examining her relationships, her choices, and herself—and wondering if when she goes home, she too will have evolved into someone completely different.

Jodi Lynn Picoult is an American writer. Picoult has published 27 novels, accompanying short stories, and has also written several issues of Wonder Woman. Approximately 40 million copies of her books are in print worldwide, translated into 34 languages.