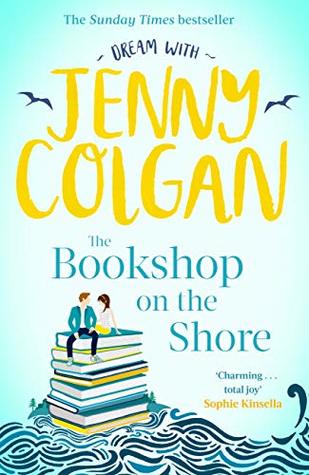 The Bookshop on the Shore – Jenny Colgan

In the real world, Children’s Services would have been involved way before any of this situation escalated enough to become 400 pages of something akin to a ‘book.’ Zoe is supposedly a knowledgeable expert in childcare, having relocated from a London daycare to Scotland in order to have a fresh start. Her approach to the three children (and her own child) entrusted in her care though was definitely not ‘expert’ behaviour.

The dialect – trying to write the odd sentence in Scottish dialect is a half-hearted attempt at introducing some authenticity into the book. Other go the whole hog, or don’t do it at all in my opinion.

This books feels rushed and extremely un-edited. There were several type errors that made words change completely. There was even the beginning of a chapter that randomly threw in the wrong character name. There’s no clear structure as to who is speaking in each chapter and it just appears to be a jumbled free for all of everyone’s thoughts and feelings.

Now can we talk about the complete over-use of the word ‘absolutely?’ It was just monotonous. It’s one thing having a child use it enthusiastically as part of their learning but it wasn’t just the child, it was peppered throughout the narration and at one point I read it four times on one page. ‘Yes you can absolutely do that… It is absolutely not fair…. You are absolutely not going to….’ And so on and so on.

There were bits I loved – the setting was beautiful, the crisp Autumnal days and chilly Winter evenings were cosy and drew me in. But it’s a book that’s about a ‘Bookshop’ on the ‘Shore’ and there were too many missed opportunities for introducing classics and exploring well read titles. Oh the odd one was thrown in here and there but it felt like a feeble attempt.

Not all of Colgan’s books are this poor and there are some great reads out there, I just felt like she had an amazing idea with this one and didn’t have the room to properly run with it.