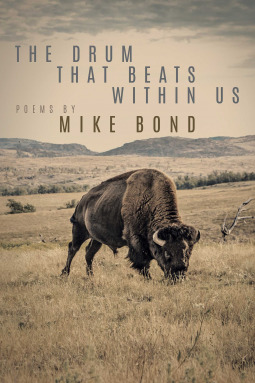 The Drum That Beats Within Us – Mike Bond

“We are still Adam
in his velvet cage,
Eve still hungry for an answer.
To understand the atom
you must build a bomb;
to understand life
you must destroy it.”

I liked this book of poetry – or rather – most of it. There were the odd poems that just seemed like a mundane ramble of the mind. But poetry is subjective and means something different to every reader, so perhaps it was just poetry being poetry… Quite often as well, if you covered the title of the poems in this book, you could quite easily interpret it in your own way, which was nice.

I was intrigued by the author’s experiences of the topics that he wrote about. Quite often he referenced Native Americans. Rarely do we see an authors heritage or roots come through in a murder mystery or chick lit. So I looked him up for more information and was surprised to read that he isn’t Native American despite his poems indicating otherwise.