Back by popular demand! A little peek into the purchases that we’ve made during November to add to our personal stock. Our book purchases tend to be via Waterstones, specialist bookshops and/or publishers and we lean towards editions that are exclusive, limited or one off. Here’s a little insight into what we’ve chosen lately and why. You can read October’s roundup here.

On Gallows Down by Nicola Chester 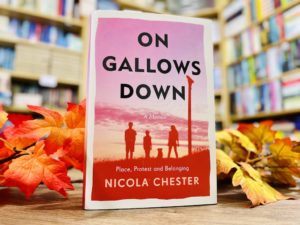 A purchase due to local connection – and historical interest! We loved this book so much that it’s now in stock (as a signed edition too!). Just diving into the first few chapters was enough to transport us back to childhood, countrylife and more simple times and ways. Our childhood was only just over three decades ago but you know what we mean! This is our first non-fiction choice in a long time too!  You can order your box here.

On Gallows Down is a powerful, personal story shaped by a landscape deeply loved; one that ripples and undulates with protest, change, hope – and the search for home.

From treetop protests at the Newbury Bypass to the grand Highclere Estate, On Gallows Down is that rare thing: nature writing as political as it is personal.

From the girl catching the eye of the ‘peace women’ of Greenham Common to the young woman protesting the loss of ancient and beloved trees, and as a mother raising a family in tied and tenanted farm cottages on grand, country estates, this is the story of how Nicola came to write – as a means of protest. Of how she discovered the rich seam of resistance that runs through Newbury’s people from the English Civil War to the Swing Riots and the battle against the Newbury Bypass, the hope she finds in the rewilding of Greenham Common after the military left, and the stories told by the landscapes of Watership Down, the gibbet perched high on Gallows Down and Highclere Castle.

Nature is indelibly linked to belonging for Nicola. She charts her story through the walks she takes with her children across the chalk hills of the North Wessex Downs, through the song of the nightingale and the red kites, fieldfares, skylarks and lapwings that accompany her; the badger cubs she watches at night; the velvety mole she discovers in her garden and the cuckoo, whose return she awaits.

On Gallows Down is about how Nicola came to realise that it is she who can decide where she belongs, for home is a place in nature and imagination, which must be protected through words and actions.

Santa Claus and a Christmas Carol by Russel Ince 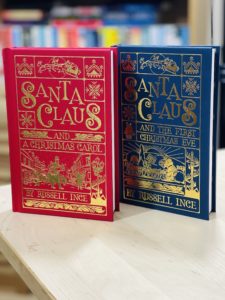 Step into a Christmas Imaginarium and visit Russel Ince’s shop on the Isle of Wight. Too far? You can escape into the wonder of Christmas with one of his books!  Have a browse of the website and order your copy here.

Santa’s Village is under siege and Elven magic is failing. Joy and hope is dwindling in the hearts of Humans and Christmas is in grave danger of disappearing forever. Queen Victoria sits upon the throne of the British Empire, Charles Dickens is emerging as a global superstar and the rise of the machines has begun, all as a powerful darkness creeps across the world. Santa Claus is thrust into a magical adventure beyond the walls of the North Pole, to Victorian London. Here he must convince legendary author, Dickens to join him on his extraordinary quest to save Christmas.

Go Tell the Bees that I Am Gone by Diana Gabaldon 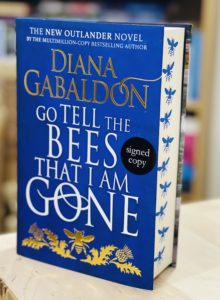 We could NOT ignore this. If you’re into the Outlander series or books then you have to have this special edition from Waterstones. Signed by the Author, with gold bee end pages and sprayed edges… it’s stunning. Now just to catch up with the last few books in the series before this one!

Jamie Fraser and Claire Randall were torn apart by the Jacobite Rising in 1743, and it took them twenty years to find each other again. Now the American Revolution threatens to do the same.

It is 1779 and Claire and Jamie are at last reunited with their daughter, Brianna, her husband, Roger, and their children on Fraser’s Ridge. Having the family together is a dream the Frasers had thought impossible.

Yet even in the North Carolina backcountry, the effects of war are being felt. Tensions in the Colonies are great and local feelings run hot enough to boil Hell’s tea-kettle. Jamie knows loyalties among his tenants are split and it won’t be long until the war is on his doorstep.

Brianna and Roger have their own worry: that the dangers that provoked their escape from the twentieth century might catch up to them. Sometimes they question whether risking the perils of the 1700s —among them disease, starvation, and an impending war—was indeed the safer choice for their family.

Not so far away, young William Ransom is still coming to terms with the discovery of his true father’s identity—and thus his own—and Lord John Grey has reconciliations to make, and dangers to meet . . . on his son’s behalf, and his own.

Meanwhile, the Revolutionary War creeps ever closer to Fraser’s Ridge. And with the family finally together, Jamie and Claire have more at stake than ever before. 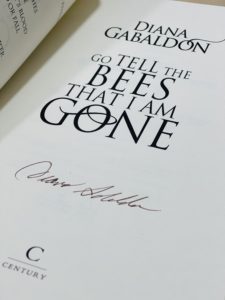 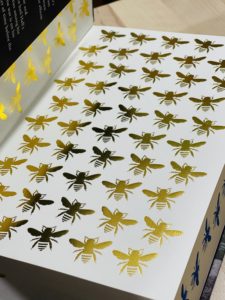