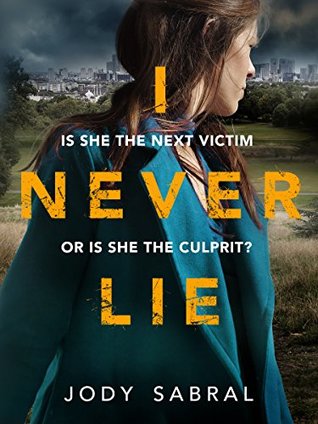 Is she the next victim? Or is she the culprit…?

Alex South is a high-functioning alcoholic, teetering on the brink of oblivion. Her career as a television journalist is hanging by a thread since a drunken on-air rant. But when a series of murders occurs within a couple of miles of her East London home, she’s given another chance to prove herself.

Alex thinks she can control the drinking, but soon she finds gaping holes in her memory, and wakes to find she’s done things she can’t recall. As the story she’s covering starts to creep into her own life, is Alex a danger only to herself – or to others?

This book had me hooked from the start just to find out the answers – but sadly this sort of dried out towards the end… I felt that it had the bones of an amazing thriller but the ending felt like it was rushed to just wrap the book up. The characters were built extremely well, the scenery was set and the sense of panic and desperation was instilled and yet… something was missing. I think I also felt extreme frustration that Alex was able to keep swigging from her ‘water’ bottle that contained enough Vodka to keep her addictions at bay – I just wanted the story to unfold and this kept tripping things up.

The way that this book was written was also frustrating – ‘Dear Diary’ entries from ‘unknown’ (but really we’ve all figured it out) about giving up drinking whilst also craving drink – plus first person point of view from Alex also drinking but wanting to give up… got a bit boring. Alex isn’t likeable and maybe that makes the author good at what she does – but it didn’t make it a pleasant book to read.