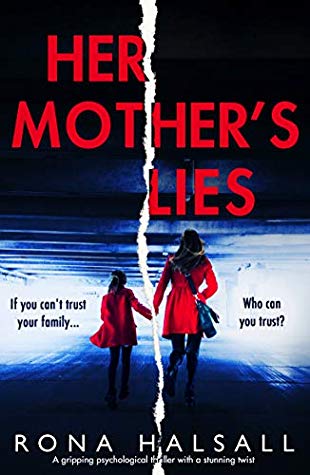 ‘She hasn’t told you, has she?’ He squeezed his eyes shut. She watched the muscles of his jaw tense, then his eyes blinked open and he took a deep breath… ‘I’m not your father.’

He was there for her first steps, for her first day of school. He helped her with her homework, and took her for ice cream at the weekends. And then, two days before her ninth birthday, Martha’s father walked out. She never knew what went wrong, but she and her mother Fran never saw or heard from him again.

Fifteen years later, frustrated in a life which consists of caring for an increasingly-ill Fran, and heartbroken after the death of a beloved friend, Martha decides she needs some answers, and she knows it’s time to track down the father who left them behind.

Except when she comes face-to-face with him for the first time in fifteen years, he tells her a brutal truth.

He isn’t her father.

Her mother has been telling lies.

And not just about who her real father is…

This was an amazingly fast-paced read. I thought I had it figured out and about halfway through I was SO shocked at a twist that even I didn’t see coming. Rona Halsall is a master of the crime thrillers with psychological undertones it seems. This book has made it into my top reads of the year and is definitely up there with the successful publications of 2019. Even better is the fact that I haven’t read any of Rona Halsall’s other books and therefore have such a pile of treats on my to be read list!