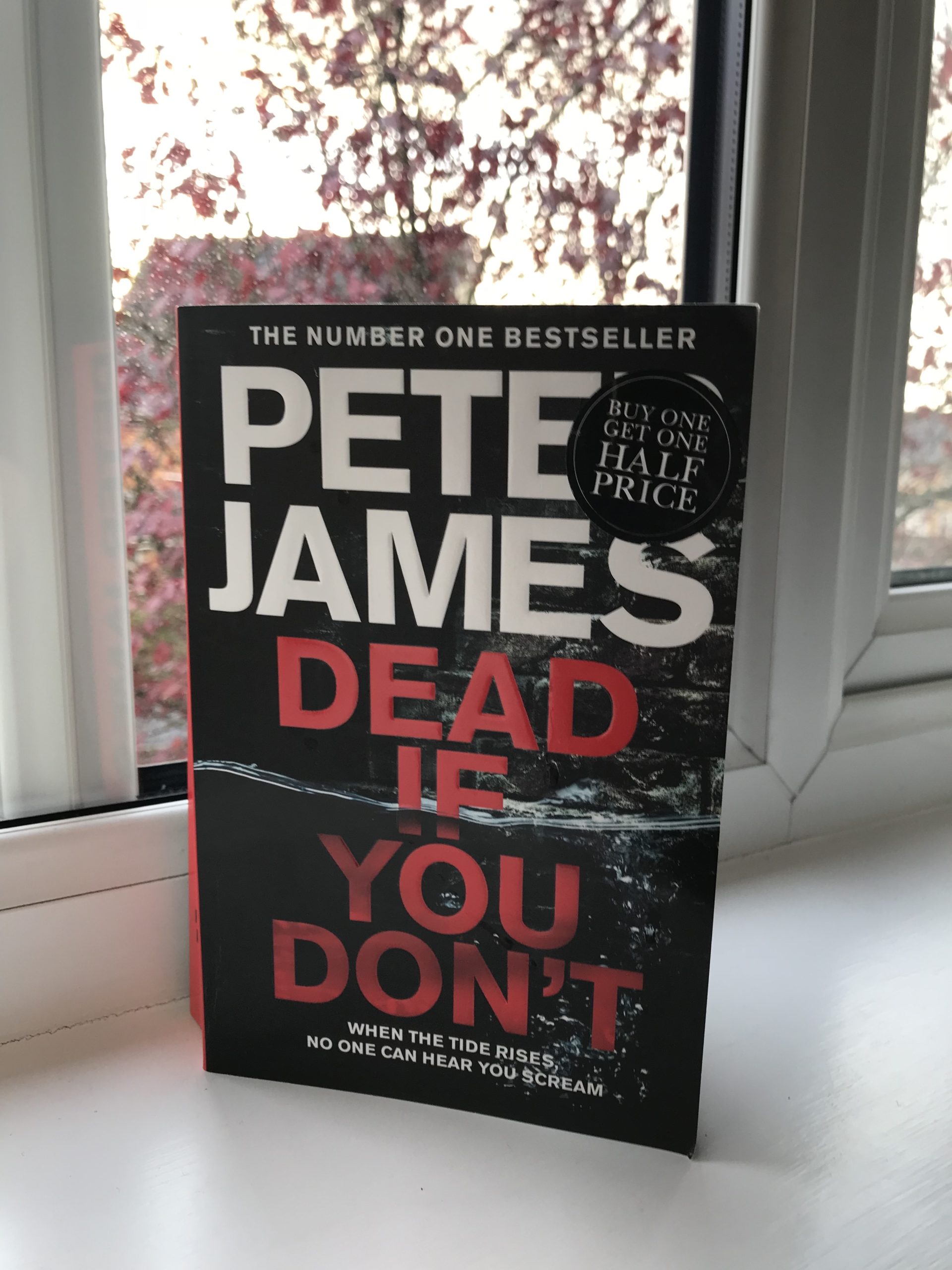 Dead if you Don’t – Roy Grace 14 by Peter James

Please note – some spoiler alerts for ‘plot loopholes’ identified in the book! (Bottom of blog entry).

Firstly, I don’t know what happened but I totally missed the release of this book! Thankfully, I’ve now discovered it and read it in a couple of days. It’s marketed as Roy Grace’s most complex case yet but I actually think his back story is the most complex of the issues he has to resolve and this was a fairly light case in comparison. It was quite easy to be one step ahead and figure out exactly where each twist and turn was going.

Anyway, on to the book. The series itself has now reached book fourteen but pretty much every book is stand alone with either a hint or a big clue into Roy Grace’s back story. Grace is a Detective Superintendent based in Brighton and each book follows him solving a crime (or multiple crimes) whilst also exploring a bit of his personal life. I would say that this book probably delved into his personal life the least, and for that reason it feels even more stand alone than the rest. It also lost a little of the personal touch – there were only glances at other members of the police forces personal lives as well and that was a shame.

There were lots of crimes happening throughout this book, quite a few murders, and I expected the ending to be quick and painless which it was. However quite a few things were left unresolved and it felt messy – almost as if Peter James was being pushed to get a finished product to his publisher… For example, if Mungo’s ears were in-tact then whose ear was it?! How did Mungo and his friend have surveillance on the house enough to know that a ‘fridge’ was delivered which they later referred to in text.

So further on the ear thing – Page 232 Mungo experiences something sharp cutting at his ear, a searing pain and a warm liquid running down his neck. A bandage is used to cover it. Page 418 Roy Grace notes when he reaches Mungo that both of his ears are intact so the part that was sent to Mungo’s Father must have come from somewhere else.