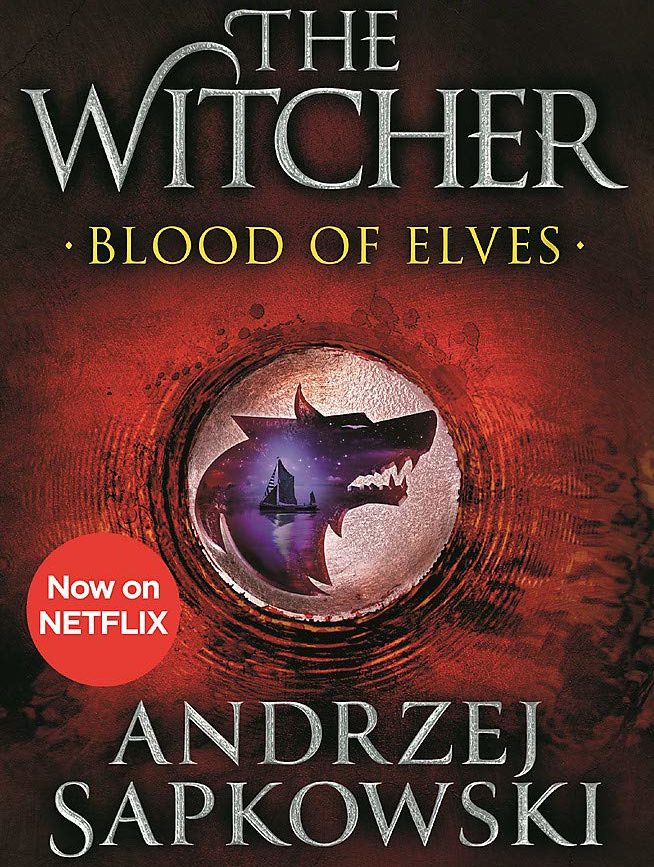 Blood of Elves by Andrzej Sapkowski

Some of you may know me as Mr Tea Leaves & Reads, I usually do much of the background activities surrounding our little book shop. But today I’m now in charge of writing a book review! That book today is Blood of Elves by Andrzej Sapkowski.

I was first introduced to the world of the Witcher via the game developers CD Projekt who have published games based on these books. Since then the popularity of the Witcher has been pushed to a wider audience with a TV adaptation now showing on Netflix.

The Witcher is the main protagonist of these books known as Geralt of Rivia or White Wolf, but he is by no means the only leading character, with ‘Yennefer’ and ‘Triss Merrigold’ the Mages, ‘Dandellion’ the Bard and Princess Cirilla, also know as ‘Ciri’ also playing large parts.

Andrzej Sapkowski is a Polish author and many of his books are translated for the English reading audience such as myself. Normally with translations, certain idioms or cultural phrases are difficult to pull across, but I’m pleased to say that I didn’t get any sense of that while reading this book.

Andrzej loves to tell a story based on dialogue between characters. If anything needs to be described in detail then one of his characters will do the leg work. I loved this style of narrative as it allowed me to actually build the world up in my imagination a lot easier. I’m not overtly a fan of over descriptive paragraphs where a couple of sentences can do the job – so this really helped pull the story along. I did have to gloss over some of the dialogue that felt like general chit-chat and seemed to resemble a game of word tennis. This slowed the pace down unnecessarily but did not detract from the overall story.

I found the world fascinating, a cross between the rich vastness of Lord of the Rings, with the added brutal and grim world depicted in Game of Thrones. There is a sense of trepidation as a new enemy rages war on the land. Relations between Elves, Dwarves and Humans is reaching breaking point. A monster slayer trying to keep himself neutral, and a young girl, that everyone is taking interest in, entrusted to his protection. I can’t wait to get stuck into the next book in the series ‘The Time of Contempt’.

For over a century, humans, dwarves, gnomes, and elves have lived together in relative peace. But times have changed, the uneasy peace is over, and now the races are fighting once again. The only good elf, it seems, is a dead elf.

Geralt of Rivia, the cunning assassin known as The Witcher, has been waiting for the birth of a prophesied child. This child has the power to change the world – for good, or for evil.

As the threat of war hangs over the land and the child is hunted for her extraordinary powers, it will become Geralt’s responsibility to protect them all – and the Witcher never accepts defeat.

Andrzej Sapkowski, born June 21, 1948 in Łódź, is a Polish fantasy writer. Sapkowski studied economics, and before turning to writing, he had worked as a senior sales representative for a foreign trade company.

His first short story, The Witcher, was published in Fantastyka, Poland’s leading fantasy literary magazine, in 1986 and was enormously successful both with readers and critics. Sapkowski has created a cycle of tales based on the world of The Witcher, comprising of short stories and five novels.

Connect with the Author