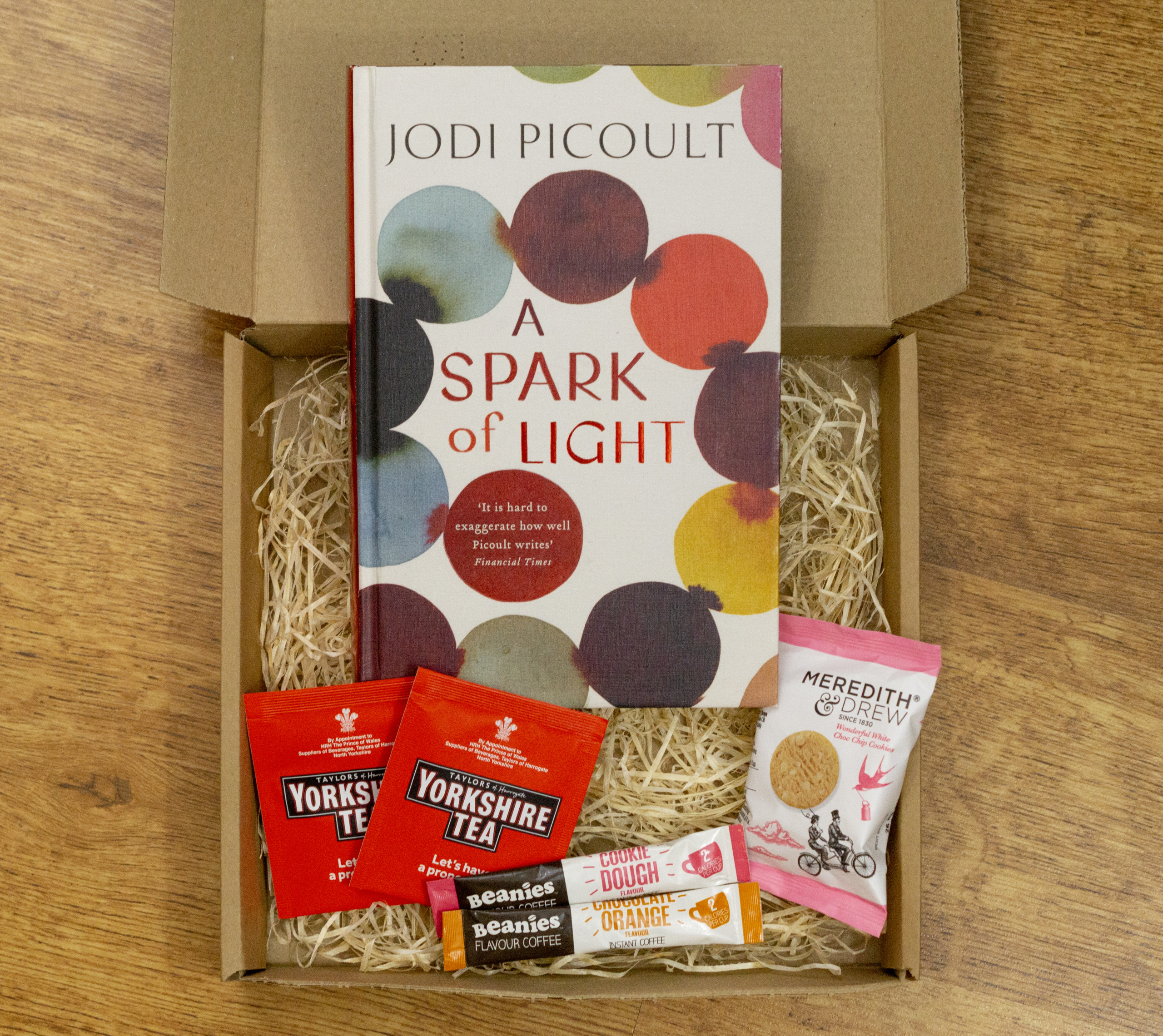 A Spark of Light – Jodi Picoult

Last weekend, I went to an event hosted by the Henley Literary Festival and listened to Jodi Picoult talk about her new book – A Spark of Light. As always when I hear Jodi talk or read her latest publication, I am instantly fired up to put pen to paper and so many thoughts are sparked off that it’s almost overwhelming. I wanted to come home straight away and write this blog entry, but instead I absorbed her words – particularly the ones about A Spark of Light, and I came straight home and read it for three hours straight until it was finished.

I have always loved Jodi’s writing for the ideas and challenges that her words inspire in me, and she said when talking about abortion, that a decision we may make at twelve years old, or fifteen years old or thirty five years old will often be different as we get older and that’s okay. It reminded me to re read all of her books again, something that is definitely on my list to do next year, because the ideas they challenged in me (some I read as a twelve year old myself) are not always going to be the same as the thoughts they will provoke now. It also reminded me that Picoult sees humans at their best whilst understanding them at their most fragile.

So – onto the book. I loved it – probably one of Picoult’s best books in my opinion. For the first time ever however, I found it difficult to follow the style of writing. The first chapter is the present moment, 6 p.m and then each chapter thereafter goes back hour by hour until 8.am to bring the characters together and explain exactly why they were at the clinic. At her talk about the book, Jodi explained the process and the time and effort that went into mapping out this style of writing and for that, I take my hat off to her. Although a frustrating read for me, it was artfully done and incredibly well written and with better patience (on my part) I wouldn’t be so frustrated with the style.

The book opens in The Centre, the only women’s health clinic in Mississippi where it is still possible to obtain legal abortions. A gunman has broken in and taken the staff and patients hostage. Gradually, we find out exactly why he is doing what he is doing – and how each individual at The Centre came to be there. Instead of gently easing us into a story that weaves its way to a cataclysmic ending, we know exactly what the outcome of this story will be – but we don’t know why. Instead of telling us how we should feel and what we should think, Picoult paints the world around us with finesse and respect, letting us follow our own paths and come to our own conclusions and opinions.

Violence, from one angle, looked like mercy from another.

And just like so many if Picoult’s books – this isn’t a work of fiction. Every point that she makes and indeed every character that she has introduced – is based on a piece of research that she has undertaken or even a real life person. Dr. Louie Ward is based on real-life abortion provider Dr Willie Parker. Many of the reviews that I’ve read talk about the ‘preachiness’ of this book but if the book is interpreted as preaching then you’ve totally missed Picoult’s point… She is taking real life and she is sharing it to give a balanced view of what matters.

Picoult made an excellent point when she spoke about her book. She highlighted the five or six men in an audience dominated by women and she emphasised the need for men to introduce their female counterparts when standing on a public platform and hand the microphone over so that they too may have a voice.

Laws are black and white; lives of women are shades of gray.