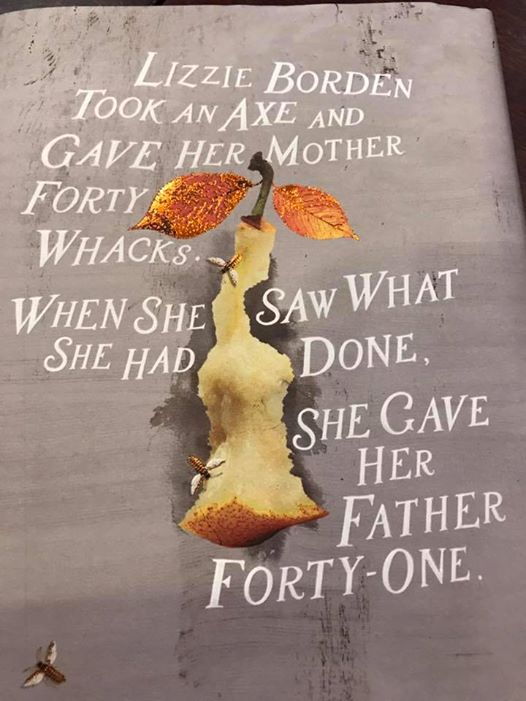 See What I Have Done – Sarah Schmidt

Lizzie Borden took an axe
And gave her mother forty whacks.
When she saw what she had done,
She gave her father forty-one.

I can honestly say I have never stumbled across a more stunning Debut novel… I finished it weeks ago, probably months now, but it has taken me this long to process it and figure out the words for a review. Wow… just… wow.

So, firstly it’s based on real life murders carried out in 1892 – Lizzie Bordon raises the alarm after finding her Father dead on the sofa, her step-mother was also found dead. Lizzie was tried and convicted of both murders but acquited some years later. That’s the simplicity of the story in a nutshell but it’s so much more complex than this. Speculation about both crimes still continues even to this day.

I read the book without knowing that it was based upon true crime, and when I investigated afterwards I felt that Sarah Schmidt had done the real life story justice and more. It will leave you baffled and at times it makes little sense, but then if it had made sense back in 1892 perhaps the murders would have been solved for good. I don’t truly know how much access Schmidt had to reports, coverage and crime details but whatever she had she made an absolute masterpiece from it. From the scenery to the heat of those few days, to the characters which aren’t exactly likeable but are -something- this book is truly epic.