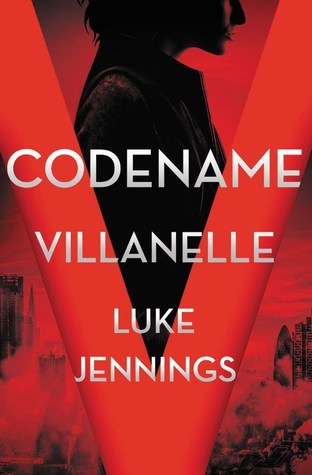 Villanelle (a codename, of course) is one of the world’s most skilled assassins. A catlike psychopath whose love for the creature comforts of her luxurious lifestyle is second only to her love of the game, she specializes in murdering the world’s richest and most powerful. But when she murders an influential Russian politician, she draws a relentless foe to her tail.

Eve Polastri (not a codename) is a former MI6 operative hired by the national security services for a singular task: to find and capture or kill the assassin responsible, and those who have aided her. Eve, whose quiet and otherwise unextraordinary life belies her quick wit and keen intellect, accepts the mission.

A mediocre novel unfortunately but the producers of Killing Eve made an incredible series out of it (thankfully!) The two main characters are built up more more effectively on the screen and often that’s easier to do I accept but there could have been more in the book to bring out their personalities. Killing Eve (series) had me emphathising with both main characters even when I saw what they were both capable of – that’s the trick to great television and also the trick to great writing (and acting!) I will completely support a second series on the screen but another book? No..