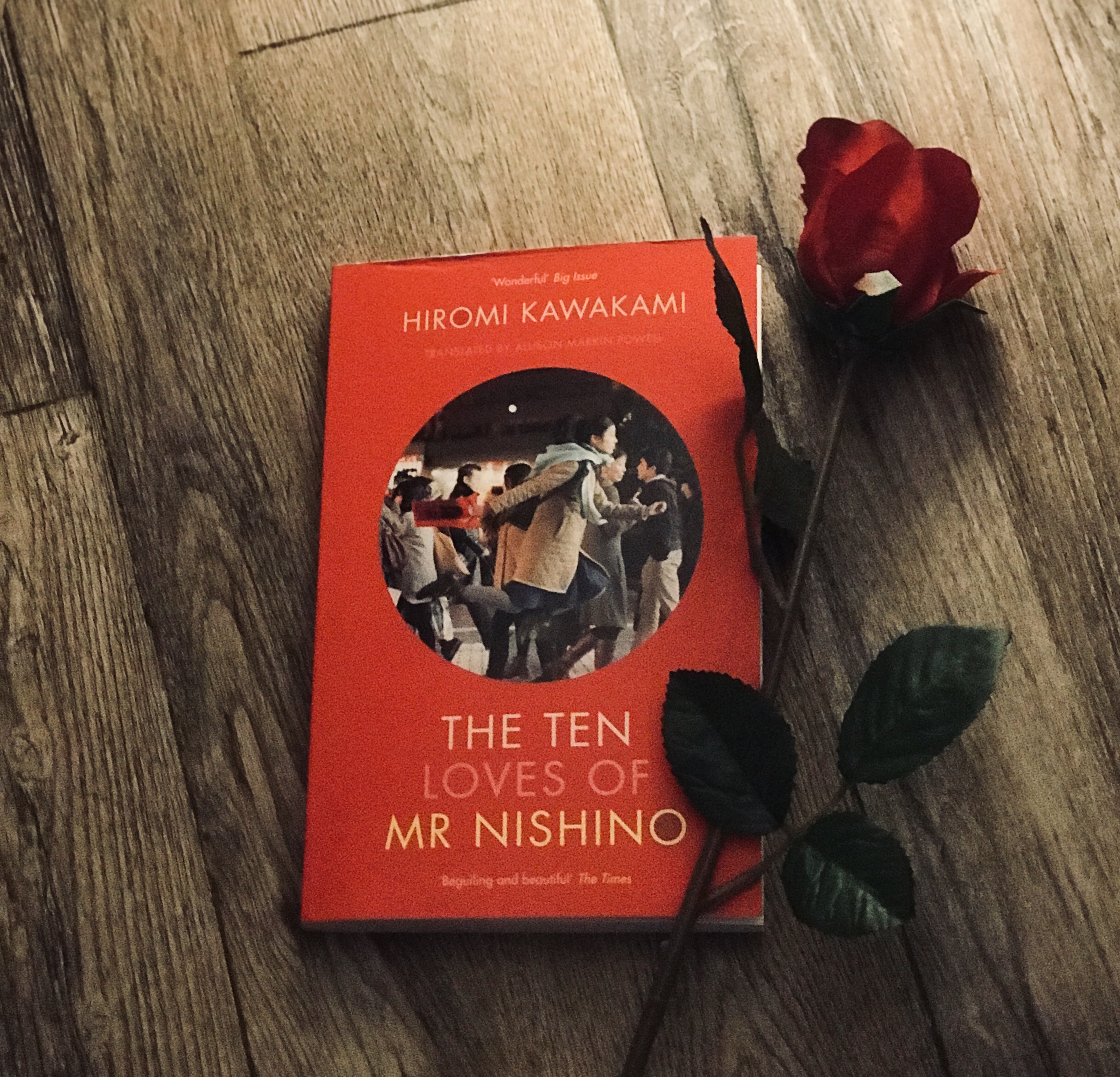 The Ten Loves of Mr Nishino by Hiromi Kawakami

I rarely read translated works so I was really pleased to receive a copy of this book for a Readalong with The Tandem Collective. The book is translated from Japanese and I also wanted to highlight Women in Translation Month (which is now!). Here’s a great resource if you want to find out more.

This is a book to concentrate on when you’re reading. That’s not to say that I don’t usually pay attention! But some books are just easy to absorb but this one moves quickly, there are lots of names, and if you’re not concentrating you’ll get left behind.

Minami is the daughter of Mr Nishino’s true love.
Bereaved Shiori is tempted by his unscrupulous advances.
His colleague Manami should know better.
His conquest Reiko treasures her independence above all else.
Friends Tama and Subaru find themselves playing Nishino’s game, but Eriko loves her cat more.
Sayuri is older, Aichan is much younger, and Misono has her own conquests to make.

For each of them, an encounter with elusive womaniser Mr Nishino will bring torments, desires and delights.
Genre: Contemporary Japanese Fiction/Translated Fiction
Publication: June 2019 by Granta Books

Hiromi Kawakami is a Japanese writer known for her off-beat fiction, poetry, and literary criticism. She has won numerous Japanese literary awards, including the Akutagawa Prize, the Tanizaki Prize, the Yomiuri Prize, and the Izumi Kyōka Prize for Literature.

Allison Markin Powell is a translator of Japanese. Her translation of Hiromi Kawakami’s The Briefcase was nominated for the Man Asian Literary Prize, and the UK edition (Strange Weather in Tokyo, Portobello) was nominated for the Independent Foreign Fiction Prize. Her other translations include works by Osamu Dazai, Fuminori Nakamura, and Kanako Nishi. In addition to translating, she works as an editor and publishing consultant, and currently serves as cochair of PEN America’s Translation Committee. She maintains the database Japanese Literature in English.

Thanks to The Tandem Collective and Granta Books for this gifted copy in exchange for my thoughts.