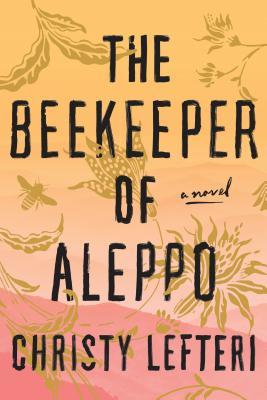 The Beekeper of Aleppo – Christy Lefteri

We often read articles about the latest boat to run into trouble as people try to make it to England from countries where life is unbearable and dangerous. In fact, it’s more than a daily occurence. I just did a quick search to see what was in the news currently. Yesterday, 41 migrants were picked up by British authorities as they tried to reach the UK. Today, nine migrants were rescued from their sinking boat near Calais. Four hours ago it was reported that in Italy police arrested three people over the rape and torture of migrants in a Libyan camp.

As I read this book, I wanted things to get better. I read hungrily to try and reach a place where Nuri and Afra had become safe and were able to sleep at night – without fear. I followed them out of the hard country, out of the horrors of Aleppo where the stories shared – willing them to reach those ‘softer’ countries where life wouldn’t be quite so terrible. But the horrors continued.

It is not enough that a person can be without a country – that is not the worst thing to happen to them anymore it seems. No, it seems once you are without a country you become fair game for all the other atrocities that life can throw at you. You’re almost not considered human anymore. The Beekeeper of Aleppo is a story about hope, yes. But it’s also a story about the power of despair.

This book will take you on both a Geographical journey and an emotional one. One day, this book will join the books of History alongside Kiss The Dust (Elizabeth Laird) and The Diary of a Young Girl (Anne Frank). At least, we can hope that it well. For now though, this book is very much the current state of the world – although it’s fiction it contains a powerful narrative derived from the very real prospects that some parts of the world are experiencing.

Someone asked how much Beekeeping is actually talked about in this book. I replied that really, it’s more about the state of the world, of human nature. Of the very worst and the very best that we, as human beings, are capable of.