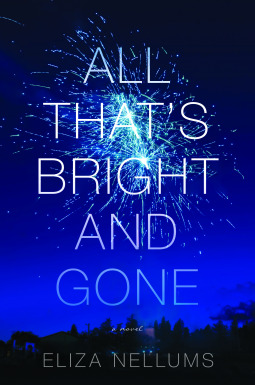 I know my brother is dead. But sometimes Mama gets confused.

This is a coming of age story that is more down to earth than many you will have read before now. Engaging, impressive and heart-wrenching – told through the eyes of a precocious and utterly charming six year old.

This story is narrated by six-year old Aoife who is trying to solve the mystery of her brother, Theo’s, death along with work out exactly why her Mama has been taken away from her and put in hospital. Aoife is accompanied by her imaginary friend (Teddy) and at times, her neighbourhood friend, Hannah. Whilst Mama is in hospital, Aoife is in the care of Uncle Donny (Mama’s Brother) – who helps her try and piece her life back together.

Aoife is an interesting character. She’s bright and curious – her level of intellect fluctuates between that of her true six years of age and that of someone much older. We’re regularly reminded of her innocence… Aoife believes that in order to bring Mama home she needs to get to the bottom of the mystery of Theo’s death. She also believes that she was found in a cabbage patch and has no father. It’s these kind of moments that bring you up short to remember exactly Aoife’s vulnerabilities.

“Sometimes when grown-ups ask if you can do something, they are really just telling you to do it.”

This book is written carefully and with excellent style. Throughout the book Aofie is the narrator, not really fully understanding what’s going on. But it’s written so well that as the reader we are able to interpret the adult goings on and read between the lines.

Aoife is steadfast in her belief that in order for Mama to come home, she needs to get to the bottom of the mystery of Theo’s death. And so, her desperation to find out the truth has her making potentially dangerous decisions.

It’s a beautiful book – made even more magical by the fact that it’s a debut novel.