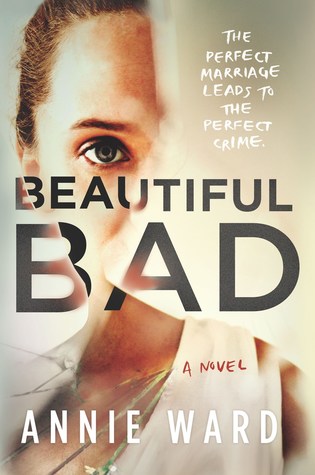 Things that make me scared: When Charlie cries. Hospitals and lakes. When Ian drinks vodka in the basement. ISIS. When Ian gets angry… That something is really, really wrong with me.

My goodness I have read some stunning thrillers this year and Beautiful Bad is right up there with the best. The title alone is just perfect. Throughout the book we explore the beauty and the bad in Maddie and Ian’s life and romance.

Maddie and Ian’s relationship began with a chance encounter at a party overseas; he was serving in the British army and she was a travel writer visiting her best friend, Jo. Now almost two decades later, married with a beautiful son, Charlie, they are living the perfect suburban life in Middle America. But when an accident leaves Maddie badly scarred, she begins attending writing therapy, where she gradually reveals her fears about Ian’s PTSD; her concerns for the safety of their young son, Charlie; and the couple’s tangled and tumultuous past with Jo.

From the Balkans to England, Iraq to Manhatten and then finally to settle in Kansas as this story concludes – we are taken on a journey through countries steeped in conflict as we learn more about a marriage’s own personal war. This book is artfully told over several timelines and from different perspectives – a very tricky style to master but the author does this with ease. Carefully woven throughout these perspectives are some surprising twists and turns which will take the reader by surprise.

You will be on the edge of your chair, with your heart racing, as you battle through the conflicts described in this book to find out exactly what has happened to prompt the desperate 911 call that we were introduced to at the very beginning…